2014 – A Year of Creative Deconstruction

Ah, the holidays; spend money, spend money and spend more money. Here’s an idea; if we celebrated this festive occasion every four years we would all be in better spirits come December. More time to forget and more time to anticipate; think World Cup Soccer or the Olympics…magic!

On the bright side, the holidays do offer time to reflect, and for me that means making sense of the goings on in restaurant world. Usually twelve months of culinary action is easy to review. But 2014 was different. Given the hyper speed of chef driven innovation, the mass media exposure of restaurant related content and the interest in manipulating food beyond its basic function, 2014 had more to offer.

When I opened my first restaurant in East Atlanta Village in 1995 it was just me, a handful of crack dealers and a guy named Abe who recovered and sold used hotel mattresses. Between the three of us we meet most of the community’s needs, although I am quite sure the other two made more money. Those were good times, simpler to some degree; you didn’t have to worry as much about a hot shot chef or pesky food trend coming around the corner every day.

19 years later, the industry has become hyper segmented; craft and specialty reign supreme, the playing field is crowded and operators have one chance, a spoon full at best, to impress critics and establish a niche in the marketplace. Japanese, African, Middle Eastern and Indian street foods fight for TV time and cook book titles. Green grocers, street markets and small farmers have found fame in sustainability. It’s no longer just a head of kale but rather who knows the nutrient density and from hence it came. 2014 was the final blow in the deconstruction of the traditional restaurant model. Full service, over sized portions and expansive menus were finally KO’d. Nimble and focused concepts featuring single items of beer, charcuterie, chocolate, creamery, nuts, grains, oils & vinegars, juice, bacon, super foods and pickled veggies are just a few of the hundreds of classifications that claimed distinction and built industries onto themselves. These artisan shops reincarnated the art of counter service and a whole new generation of hucksters.

This year was not just about the mastery of specialty foods it was also about how those foods reached the customer. 2014 could be called the year of cardboard boxes, which saw the throttled presence of food delivery. Fresh food, prepared food, organic fruit, local CSA’s, dinner for a week, vegan sweet rolls, de-toxing juices and anything from any restaurant or grocery store was just a point, click and FedEx ride away from your doorstep.

How we ate was different; smaller portions and explosive flavors served faster in nontraditional settings. Street side, food stall and community table gathering options satisfied a populace with a temperament for variety and adventure. Atlanta saw the unveiling of its first food hall with several more of these purveyor emporiums slated for 2015. Pop up’s, finally free of their fevered media attention settled into the incubators they were meant to be; producing food innovation and honing young culinary talent.

Speaking of young talent, many food truck owners put down roots in brick n’ mortar locations this past year. This was a natural iteration for these gleaming culinary vessels and I was happy to see the transformation.

High end restaurants this year were still looking for their stride. A few Atlanta restaurant groups were worthy players, but poor service and food quality inconsistencies across the board did not warrant $40 entrees and $100 bottles of wine. I encountered too many conceited owners, “I don’t want to hear your complaint”, sub par servers, “who ordered the mussels?”, and back of the house miscues, “sorry for the wait, there was a big party ahead of you”. Flashy interior designs, constant media attention and celebrity chefdom continued to drive the popularity of this segment. Who will tell the emperor that he is wearing no clothes?

Alas, let’s not forget the chain restaurants. In 2014 the fast food industry, the master marketers that they are, shrouded their greasy image in the form of a cozy coffee shop. As healthier menu items were pushed down the road for another CEO to deal with, these peddlers of salt, sugar and fat disguised themselves as warm and friendly. Upholstered seating, art on the walls and indirect lighting were supposed to make us forget about the food. On the upside, you could plug in your laptop at one of these places, (they were never crowded), and use their free wi-fi.

What’s in Store for 2015…Until Next Time 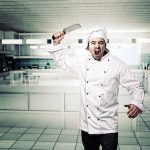 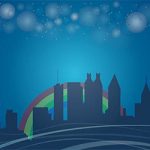